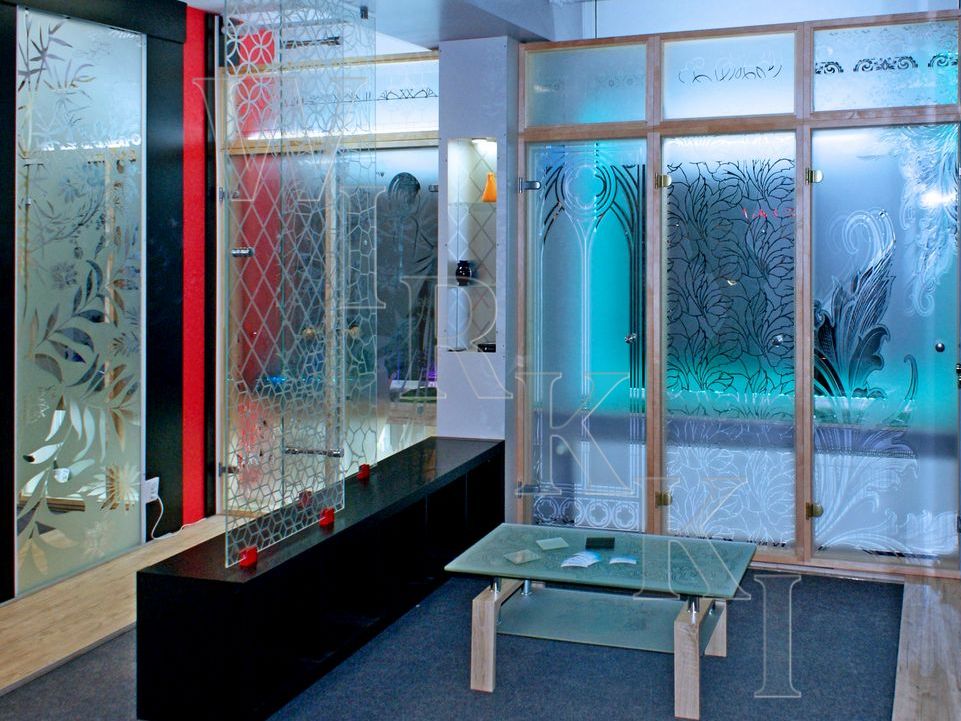 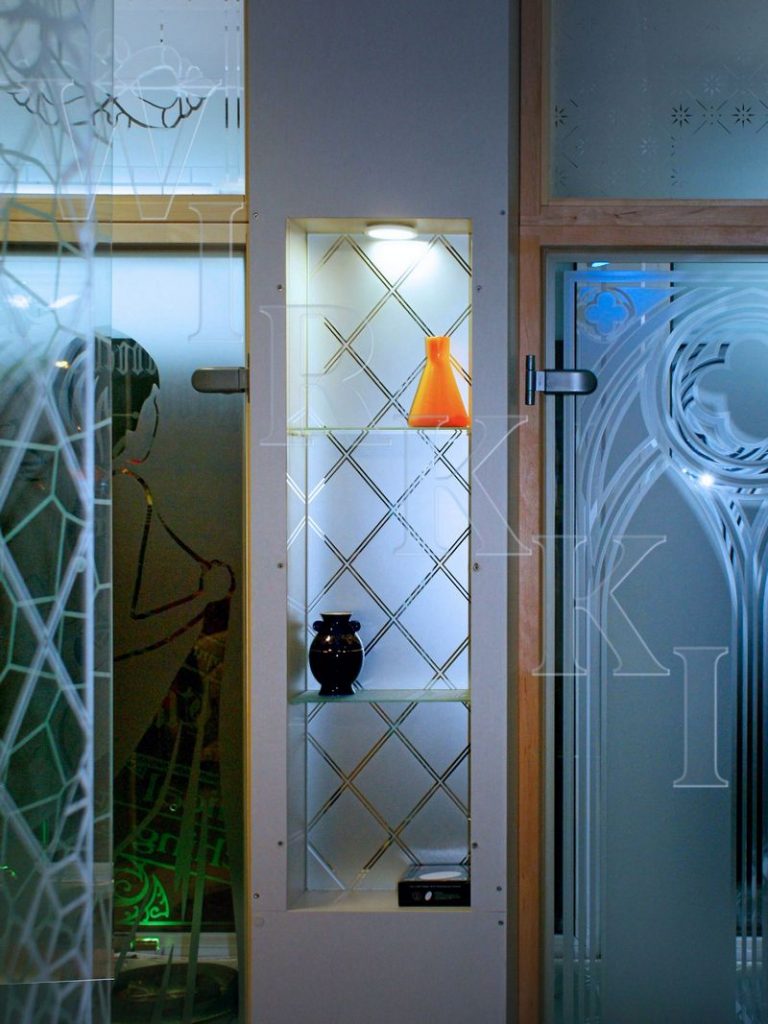 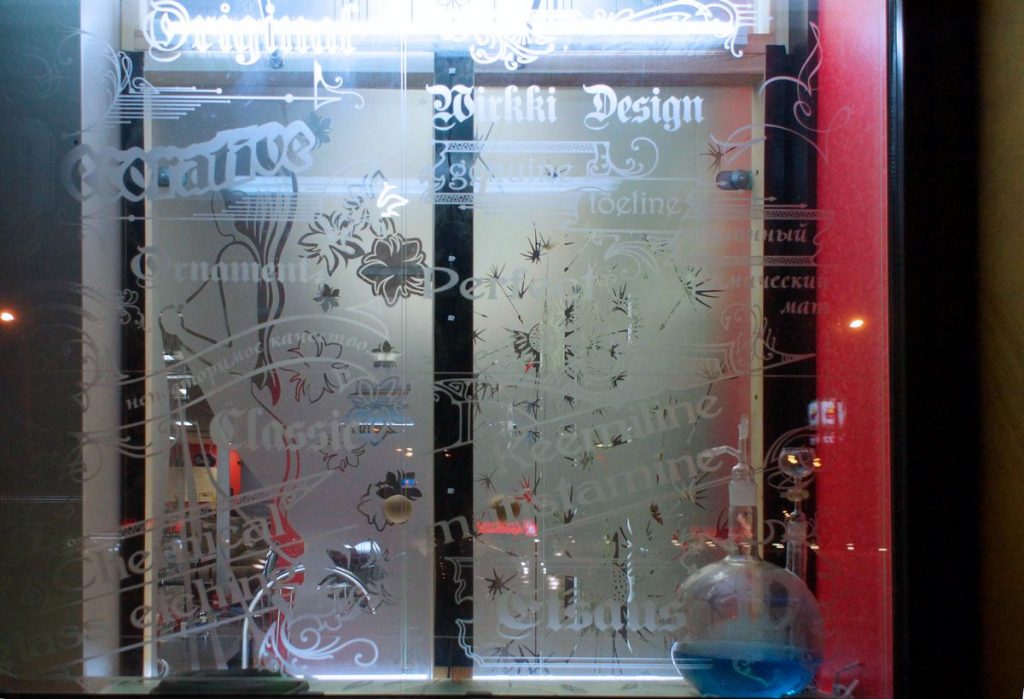 Added a little more light for window with scripts, that makes glass to look richer… 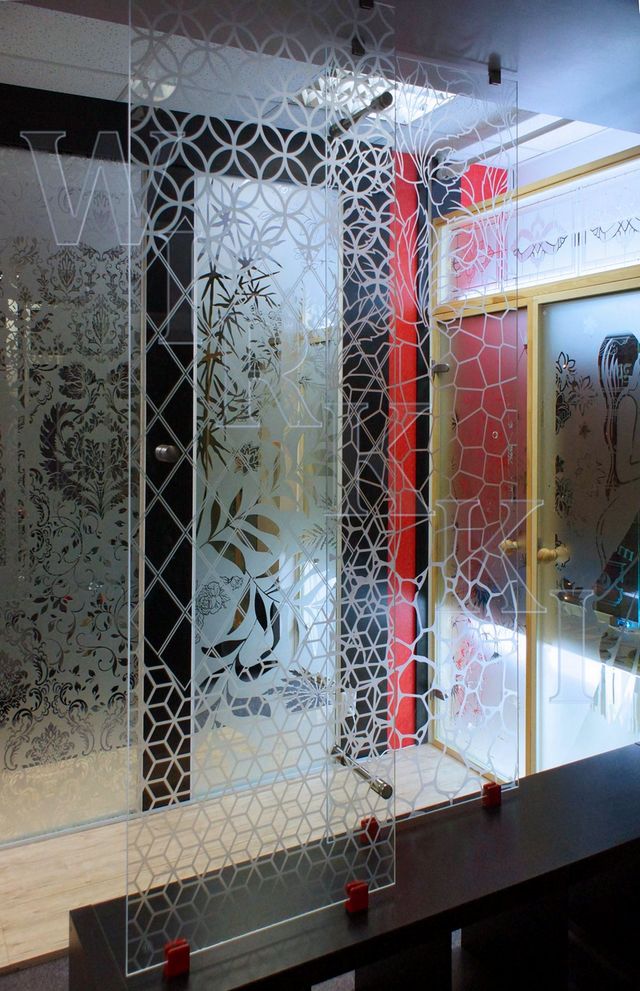 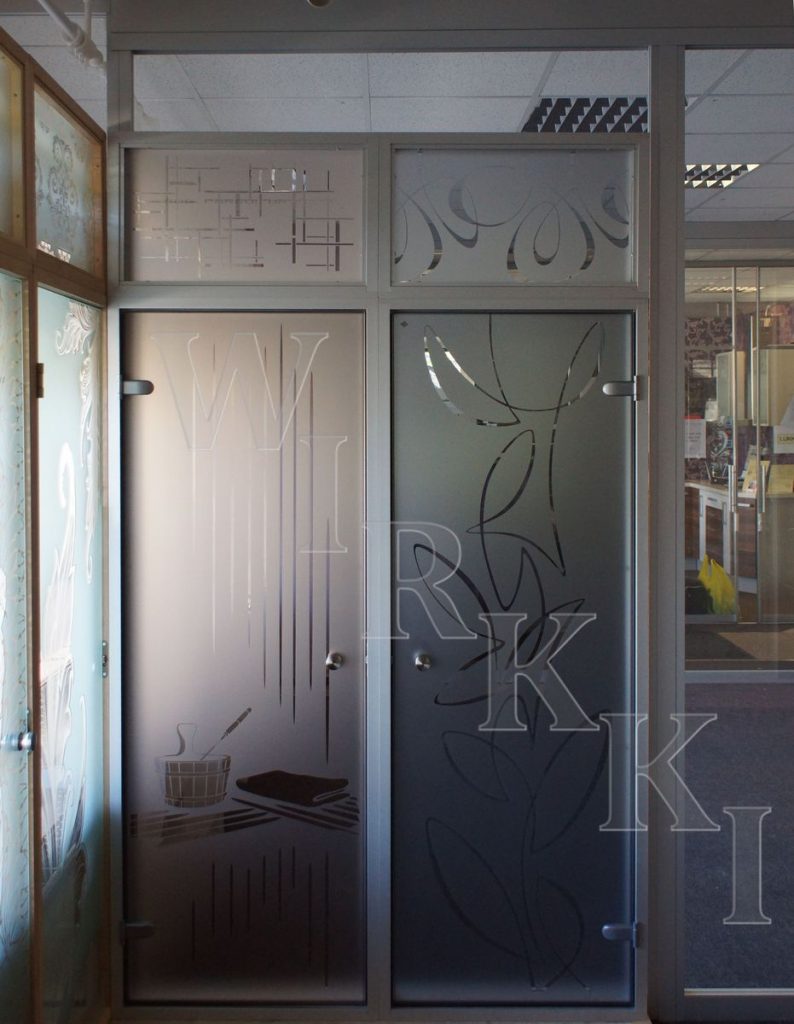 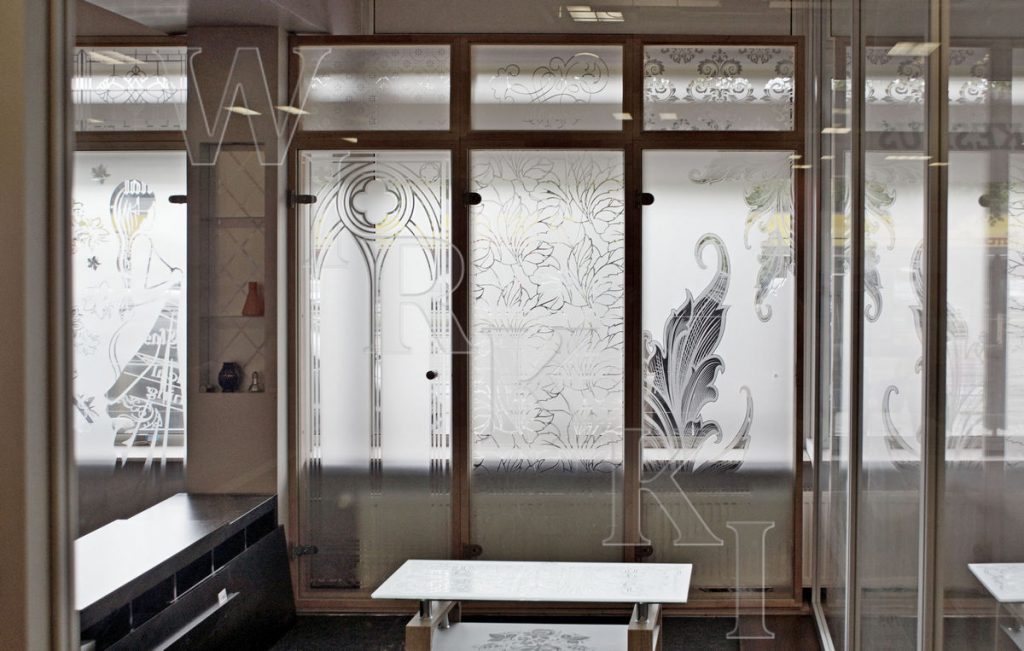 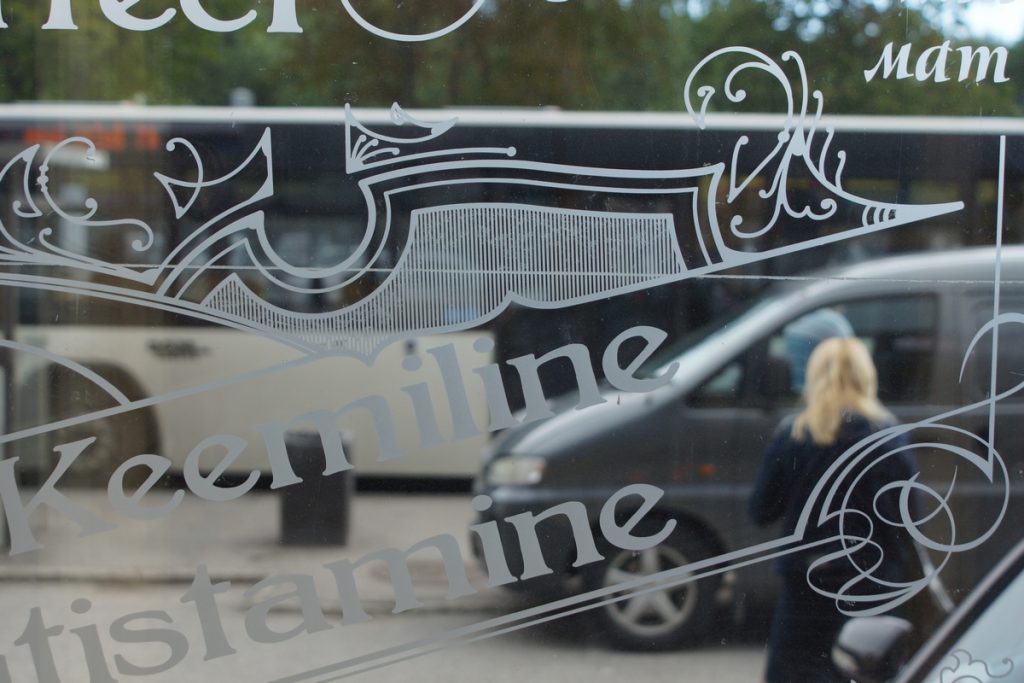 2017-08-19 Patterned with scripts and ornaments shop-window

step 3 – designed beauty is even better, or one more kind of pattern 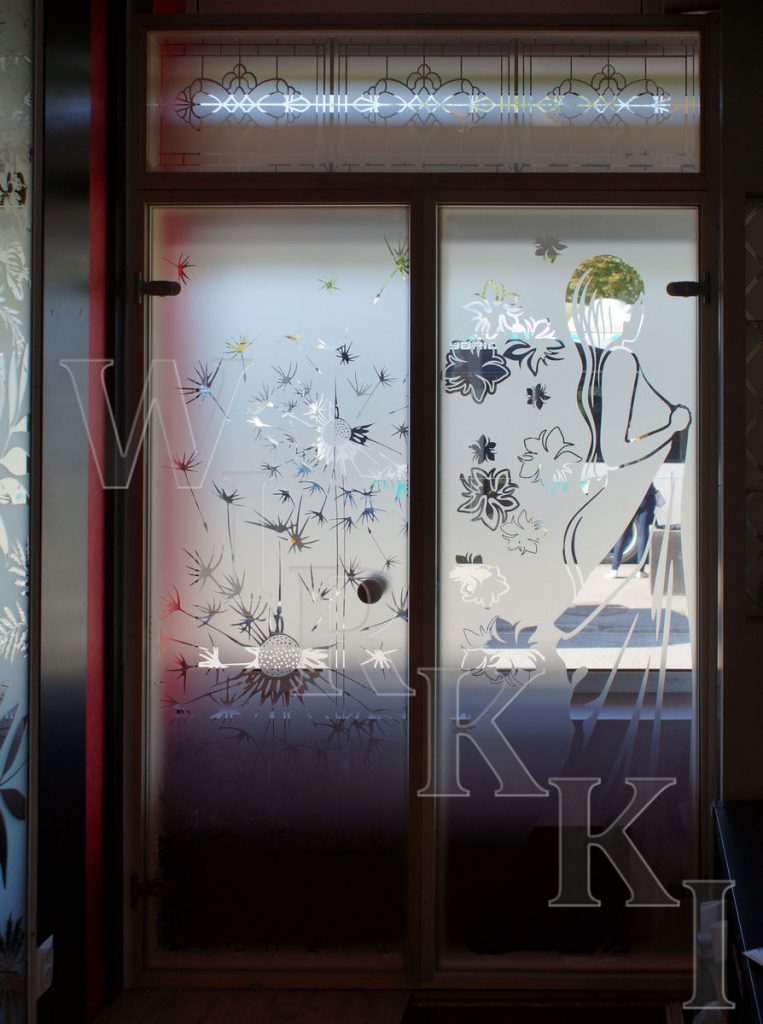 Step 2 – three beautiful patterns, implemented on glasses of sauna doors and for frame above them